We collected, without haste, some curiosities about the Note on the 15th anniversary of the premiere of the Coen brothers film.

If you were doing, you know, a little of this and a little of that, we recommend that you get up from the sofa for a moment, prepare a white Russian, and lie down in a preferably horizontal position to read what we have to tell you. We celebrate fifteen years since the premiere of The Big Lebowski, and we want to celebrate it as the occasion deserves, without haste. 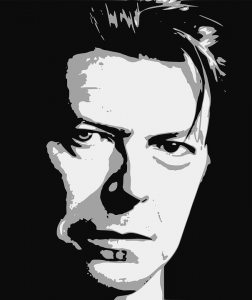 We can find conspiracy signals everywhere; we just have to be open to interpreting everything as a signal. For example, in the first scene of The Big Lebowski, Note buys milk at Ralph’s supermarket by signing a check for $ 0.69. The date on that check is September 11, 1991, just ten years before the Twin Towers attack. While paying, the cashier television shows to George Bush father talking about the invasion of Kuwait by Iraq. Chance? Obviously yes, since the film was released three years before the attacks. [minute 2:40 of the video]

Where does the note get the money from?

When the Note is asked about his occupation, his answer makes it very clear: A little of that … Come on, the poor Lebowski’s source of income is a mystery throughout the entire film. However, in the first version of the script, the Note was heir to some type of intellectual property on the Rubik’s Cube, which guaranteed him humble but continuous sustenance. Joel Coen preferred to discard this turn and chose never to reveal the true occupation of the protagonist.

In the repetition is the fun

Certain expressions are repeated throughout The Big Lebowski ad nauseam. For example, the name Nota ( Dude in the original version) is pronounced 160 times, and our protagonist uses the catchphrase uncle ( man in English) 147 times, more than once a minute. Although if we have to stay with an expression, this is fuck ( fuck in English) and all its variants, since it is repeated 292 times. Judging from this video, it seems like there are still many more.

Alternative actors? For what?

Other times we present in our things that you did not know about … some alternative actors who were taken into account to star in the films that we gutted. For The Big Lebowski, however, we will not give you that pleasure, since the script was written from the first moment thinking about the main trio ( Jeff Bridges, John Goodman, and Steve Buscemi ), and the Coen brothers tend to trust in a very similar cast for many of his films. The only character who had a different candidate -candidate in this case- was Maude, played by Julianne Moore and for whom she sounded Charlize Theron.

Like any self-respecting cult movie, The Big Lebowski has its annual gathering of fans, the Lebowski Fest. Since 2002, this event has brought together devotees of Nota in different cities in the United States and Europe. They congregate to drink white Russians, play bowling, and dress up as their favorite characters. The organizers of the event themselves report on their website that while the Coen brothers continue to maintain a certain distance of safety with the madness they have created, the party was blessed by the Note in person, Jeff Bridges. The latter attended the edition of Los Angels and even performed some songs. Stay tuned in case they pass through your city!

In the same vein as Lebowski Fest, we can find the church of Dudeism (this would be … Notism? ), Which has as many priests as there are fans on Facebook (around 150,000). The requirements to become a minister of this religion are not, as you can imagine, especially rigorous.